Working on Theatrical Workshops, that are taking place on Agata Steczkowska’s Artistic Master Workshops is a very specific experience. It’s not enough that in only few days you have to “create” (often by personal projects of the participants) a theatre, but also most often performers are people who never had any experience with the theatre, but they really want to work, create their own ideas and usually they have a considerable actor abilities (some times they don’t know it, but tome of them are blessed with an inborn actor talent). It’s very exiting when people are discovering in themselves their emotions, their own needs, how they learn how to manage their bodies, and in the end they show it on the stage.

Theatrical Workshops are most generally speaking Workshops of the Art of Mime, Actor Tasks and Prestidigitation. It’s a meeting with a rare in Poland and popular in the World; movement, gesture and pantomime theatre in a light, approachable for everyone form.

Everyone uses the Body Language, from the earliest years, but only few are aware of the power a conscious use of this inborn ability. On Theatrical Workshops we go back to the language of gestures and mimics, and later we play with the effective and a little bit exaggerated form of the Classic Pantomime. We use a variety of objects known in the word of prestidigitators, to make the movement posibilites wider.

Every participant will be invited to the amazing creative adventure, to wake up his imagination, to discover movement possibilities and a little bit neglected extraverbal commutation language. From one side it’s a spontaneous fun, from the other it’s a passibility to open oneself, be more sensible and to have a closer meeting with another human. 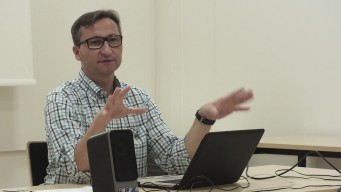 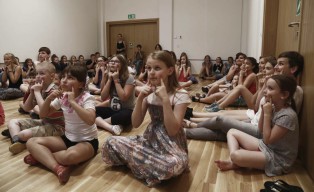 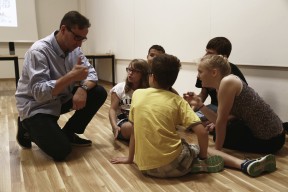